The following changes and fixes have been recently added to the Full-time. system.

On the results header, changes to show started and bench will be shown separately.?
On the results header, goals recorded will also be shown on the front screen to make it easier for leagues to see what has been recorded within Match Returns.?
On the results header, Discipline (aggregated into one number called ?cards?), will be shown separately.?
On the results header, rather than showing a tick to indicate a referees? mark has been provided, we show the actual mark. 61+ will be shown in green and a mark of 60 below in red (so leagues can see which require low mark reports).?
When a new competition (division or cup) for U7 to U11 is created, the ?Started? and ?Bench? player stats will no longer be automatically hidden (Please note, we will not be backdating these changes therefore any Leagues who wish to display stats for current divisions and cups will need to unhide these stats manually).?
On the List Divisions and List Cups pages, we now show inactive divisions and cups so when a division, development group or cup in WGS is deactivated; this is clearly shown on Full-Time. We will also show the name of the division in WGS, so that leagues who have renamed divisions etc. can see what their master is called in WGS.?
On the Referee Download, multiple seasons may be selected (to allow for the referee marking season)?
On the new league signup page, Captcha has been introduced?
Bug fix to resolve issue of team administrators unable to sign in.?
Bug fix to resolve issue of missing home respect marks not being shown. 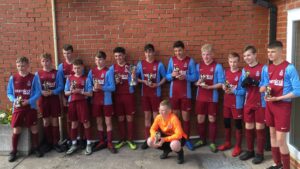